The metropolitan area that includes the city of Chicago and its suburbs is informally known by residents as "Chicagoland," the term coined by the Chicago Tribune. The Chicago Metropolitan Statistical Area was originally designated in 1950 by the United States Census Bureau, and is today the third largest Metropolitan Area in the U.S. There are several definitions, but here it is defined using the broader Combined Statistical Area (CSA) definition from the U.S. Census, and includes 16 counties in Illinois, Indiana, and Wisconsin: The U.S. Census definition is Chicago-Naperville-Michigan City, IL-IN-WI. This area is closely linked to the city of Chicago through social, economic, and cultural ties. The Indiana portion of the area is referred to locally as Northwest Indiana, and the Wisconsin portion is referred to locally as Kenosha. As the largest metropolitan area in the Midwest, one sometimes sees references to The Chicago Metropolitan Area as a potential megalopolis, grouped together with Milwaukee and Racine in Wisconsin, and gradually spreading toward nearby urban centers like Rockford, South Bend, Elkhart, and Madison. It is one of the largest office markets in the U.S. In 2007, the area ranked first among U.S. metro areas in the number of new and expanded corporate facilities.

The US Census defines this area as Chicago-Naperville-Michigan City, IL-IN-WI.


All jobs in Chicago Metro 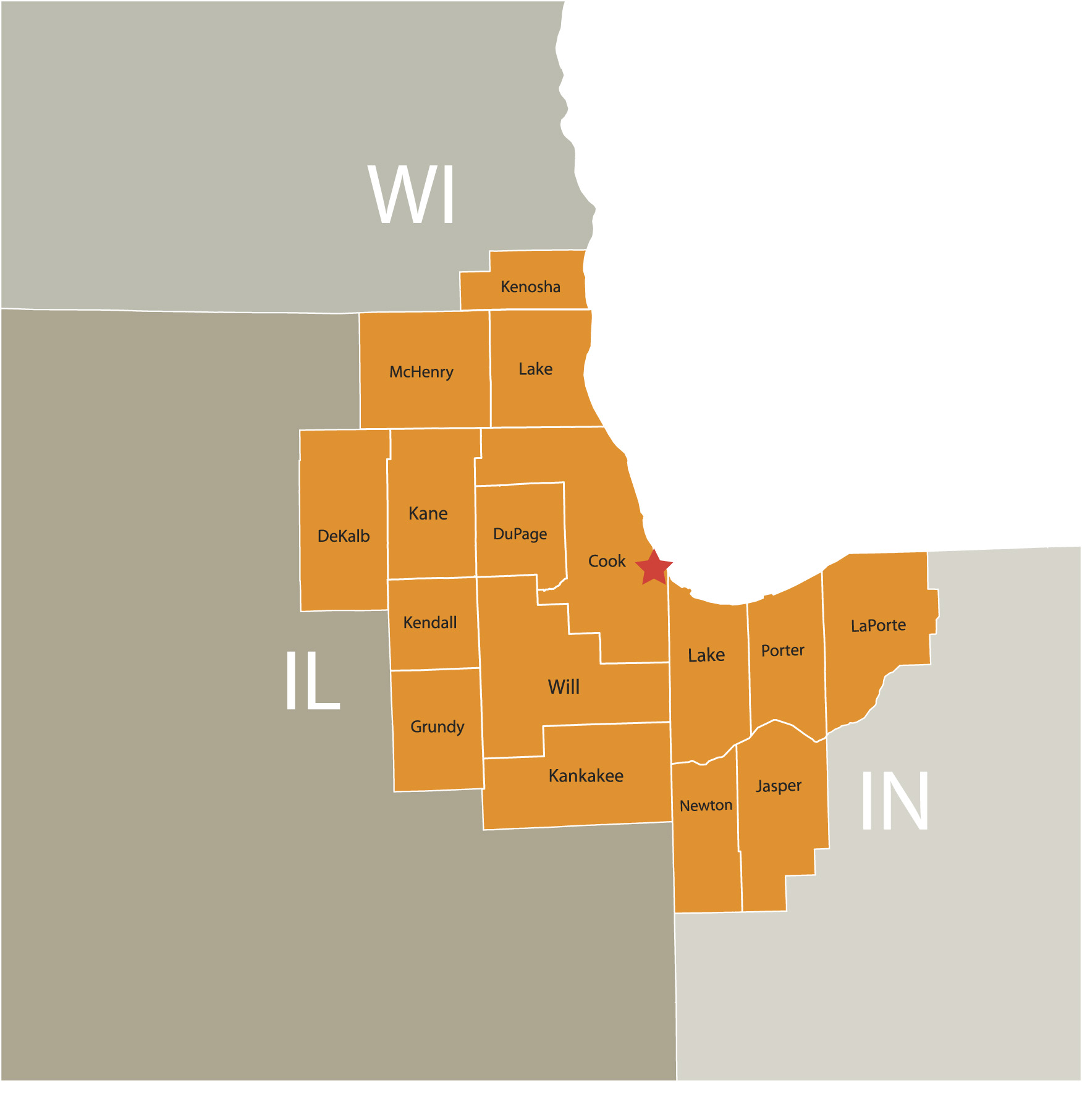 Counties in this area